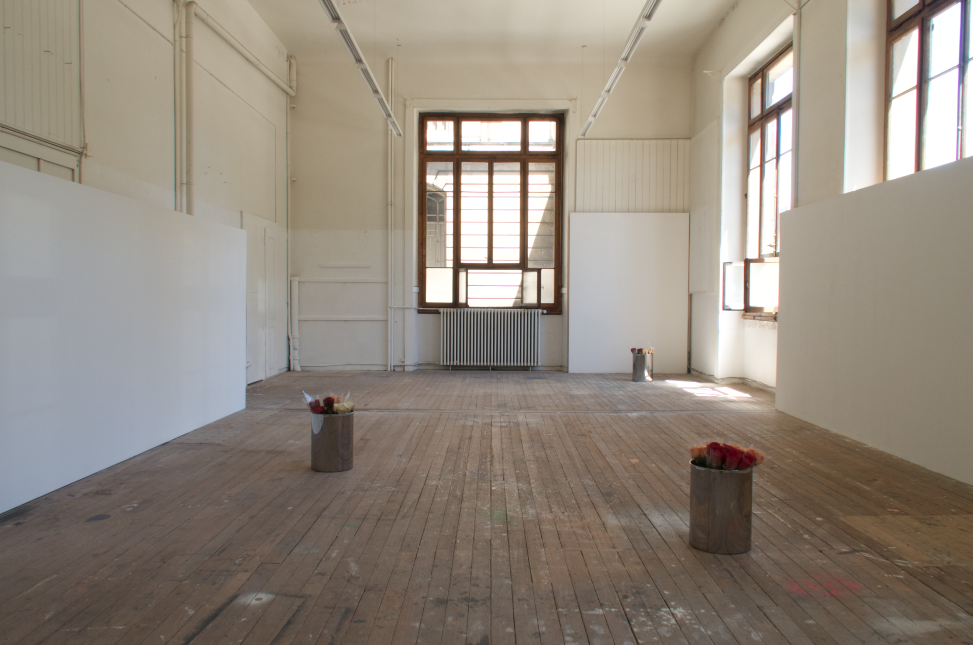 Baker’s piece for his graduation was an icy cold backstab onto Institutional Critique practices that he studied, dealt with and eventually got over during the 2 years that he was my student. Recalling some conversations that he had during the two years around the commodity fetish and surplus value we eventually ended up at commodification of what!?! is there anything that is not commodifiable?? maybe its more interesting to cut the word from the quirky american post marxist fueled conversation and instead think about perversion.

the piece functions as following: Baker buys the complete bouquet of 3 rose vendors that are usually found in areas that have heightened nightlife activity, he then takes the bouquets back to the gallery space and displays them in chromed trashcans.

the piece is not renewed during the exhibition, the roses rotting away over time into the plastic sheets that theyre usually covered with. 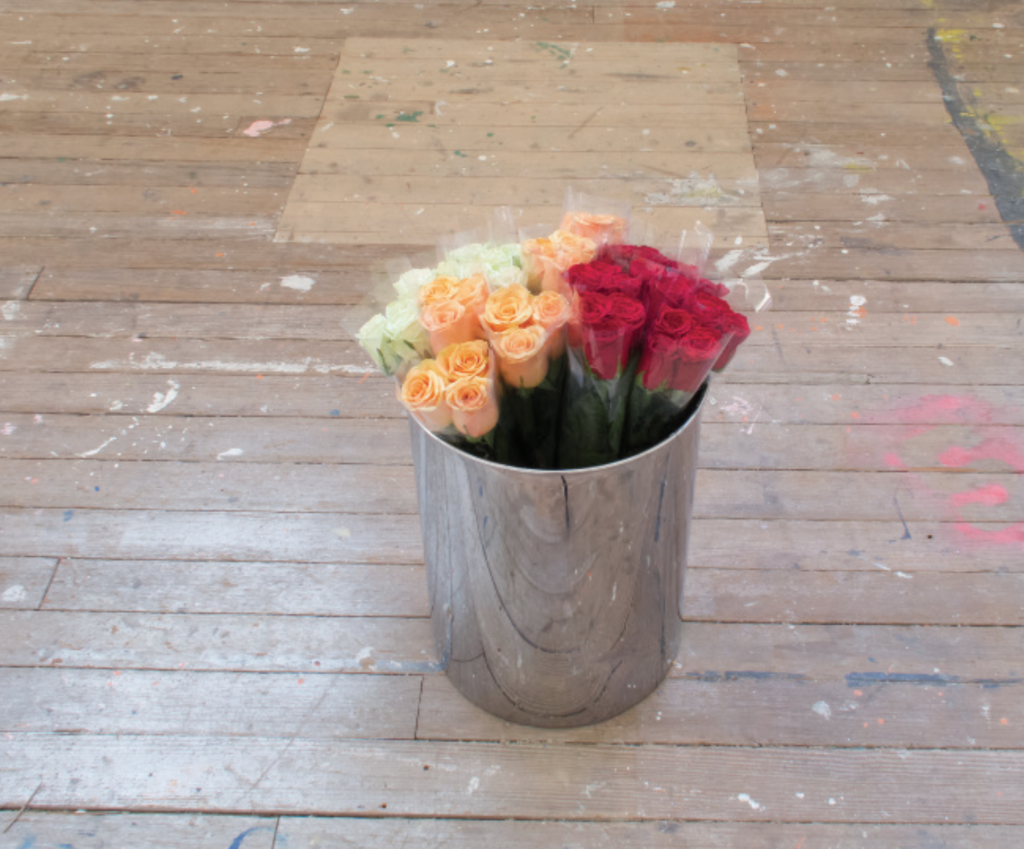 the work is trolling a john knight work that displaced bouquets from luxury restaurants surrounding the gallery area in NY, and replacing it with a card that is advertising his at colin the land. of course other works come to mind, louis lawlers discreet displacements or even jeroen de riike/ willem de roys bouquets, all of which are dealing with questions around the displacement of the site of art and its economies.

in his work baker blatantly dismissed an model of clarity as a means to critique. instead he borrows a ‚critical‘ aesthetic to perform something that is probably closer and hovering inbetween a daumier caricature / satire and an italian neo-realismo flic.

the artwork becomes the perversly mutated mirror image of the economies it deals with. the site of art returns into the gallery space with a vengeance, everything can be consumed by the chrome-lined trashcan that is contemporary art. a dated narrative of critique with its entrenchment in directionalities and clarities is overwritten by a tale of rotting subjectivities displacing their monstrous odors over plains of chrome, the haze eventually laying down on target synapses where there is at least a potential to build consciousness.